Posted in Financial Planning on October 12, 2016 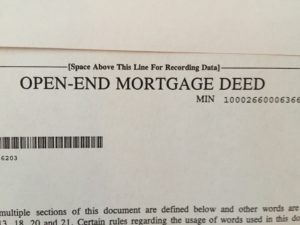 I know it’s not breaking news that mortgage rates are low. They are very low in fact.  At the last Federal Open Market Committee (“FOMC”) meeting in September they elected to keep the Federal Funds Rate unchanged.  The FOMC is a committee within the Federal Reserve Board (“The Fed”) that is charged with buying and selling U.S. Treasury Securities. The FOMC will meet in November but no change in interest rates is expected as the Presidential Election is only a week after the meeting.  The Fed will meet again in December and All Eyes Are on the Fed.

Mortgage rates are near historic lows. According to the Federal Home Loan Mortgage Corporation (“Freddie Mac”) the average 30 year fixed mortgage rate was 3.48%.  The average 15 year mortgage was 2.76%.  The five year adjustable mortgage was 2.8%. Freddie Mac is a government sponsored entity to support the mortgage market.  Back when my son was in 6th grade I was trying to explain to him what Freddie Mac was.  After listening to me he said, “I thought Freddie Mac was a basketball player.”  That was my clue to change the subject.

For some perspective here, according to Freddie Mac the average 30 year fixed rate mortgage hit 18% in 1981. 1.

Many folks under the age of 30 don’t know what an underwriter is. That’s the guy (or gal) in the back office that will ask you for a bunch of information to prove who you are.  Many of these requests are basic.  Name, rank and serial number please.  Then they want W-2’s, pay stubs, bank statements, employment history, investment accounts and other financial disclosures.

Then you may get some requests that will be beyond silly. And they will ask.  Multiple times.   If you are self-employed… May the Force Be With You.  Waterboarding might be more fun.  Here are some examples of questions you might hear:

A- My employer reimbursed me for some business expenses.

Q- Why did you change jobs 18 months ago?

A – I found a new opportunity. Translation – I couldn’t stand my old boss.

A – Sure, if that’s what it takes to get a loan. Translation – We don’t sign the returns anymore.  We sign the electronic filing authorization form like we have for the past decade.

Why the big change with the mortgage rules? Back in 2006 and 2007 there were no rules.  Everyone got a mortgage. And I mean everyone.  As my brother in law said, “There’s a lot of ink in this world.” Amen.  And borrowers were signing away, and signing away.  And, well, you get the idea.  A lot of folks went into the deep end of the pool.  And some weren’t wearing a life jacket and there were no lifeguards.

So after the Great Recession of 2008-2009 the worm had turned. Mortgages became much more difficult to obtain.  The policy no longer was:

EVERYONE SHOULD OWN A HOUSE

The policy now is proving who you (really) are and maybe you’ll be eligible for a mortgage. You’ve heard the expression, “I’m from the government, and I’m here to help you.”  This has been accelerated by new legislation for Truth in Lending / RESPA Integrated Disclosure Rule (“TRID”.)  The kind real estate attorneys I know will say, “TRID is dirt spelled backwards.”  One honest attorney told me, “TRID stands for, The Reason I Drink.”  Suffice it to say, mortgages are getting even more difficult to obtain.  When borrowing it’s important to understand The Difference Between Good Debt and Bad Debt.

If you refinance your existing mortgage you will incur closing costs. These costs may include points, attorney fees, title insurance, appraisal fees, private mortgage insurance and amounts put into escrow for real estate taxes and insurance. Suffice it to say, you will need to bring a check to the closing.

Private Mortgage Insurance (“PMI”) is the insurance that needs to be paid if you don’t have at least 20% equity in the property. The premiums you pay are to protect the lender if you end up in foreclosure.  Borrowers that are paying PMI must be vigilant.  The payments of PMI should stop when the borrower has 20% equity in the property.  Borrowers need to contact the lender when the mortgage loan balance is 80% of the value of the home to have the PMI removed.

You will need to calculate how much you can save by refinancing. One key here is how long you expect to be in your house.  You really need to be able to say, I Did The Math.

There are some income tax benefits with being a homeowner. The mortgage interest and real estate tax taxes you pay are tax deductible, although there are some limitations.

Homeowners can deduct the interest paid on secured debt associated with their residence and second home on up to one million dollars of mortgage. There is also an allowance to deduct the interest associated with a $100,000 home equity line of credit.  Caution needs to be exercised with the mortgage.  The limit on the one million dollars of debt is in connection with what is known as “acquisition indebtedness.”  Essentially, this is the amount of the mortgage that is taken out when the property is purchased or constructed.  As the mortgage is paid down, this puts a limit on the amount interest you can deduct based on the mortgage balance.  For example, you purchase a home for $300,000 and put down 20% or $60,000.  The initial mortgage on your residence is $240,000.  This is the so called acquisition indebtedness.   Let’s say at some point in the future you have paid down the mortgage balance to $200,000 and you want to refinance.  The maximum amount of interest you can deduct is the interest associated with the $200,000 of debt.

While there are the limitations above for mortgage interest, there is no limit with property taxes. You can deduct property taxes on as many homes as you own.

There is also limited deduction for PMI. This is allowed as an itemized deduction. The premiums paid are deductible if your adjusted gross income is under $100,000.  They are not allowed if your income is over $109,000.  A reduced amount is allowed for incomes between these amounts. This deduction is only allowed for loans taken out after January 1, 2007.  This deduction is set to expire at the end of 2016 unless Congress elects to renew it again.

While there are tax benefits with having a mortgage, everyone is excited when they can say I’m Debt Free!

Mortgages come in two flavors, fixed or variable rates. With a fixed rate the interest rate stays the same for the duration of the loan. For example, you are able to get a fixed rate of 3.5% for 30 years.  The rate of interest will be the same for the life of the loan.  That’s not the case with a variable interest rate mortgage.  With a variable interest rate, the interest rate will change over time. For example, let’s say you were able to obtain a five year, 3% variable rate mortgage.  The rate would stay at 3% for five years.  After this time, the rate would reset to the market rates in effect at that time.  Many variable rate loans will have caps with regards to how much the rate can go up at the reset period and for the duration of the mortgage.

Which is better, the fixed rate or the variable rate mortgage? It really depends.  Most folks should take a hard look at the fixed rate mortgages now.  These interest rates are phenomenal.  By locking in these rates for 15 or 30 years, you should be able to sleep well at night.  At least with regards to your mortgage.