Posted in Financial Planning on August 19, 2020 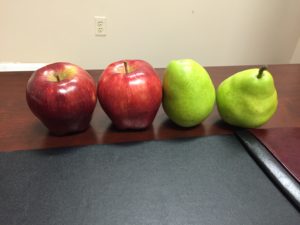 You have reached the holy grail (for some) and retired.

You are in the Land of No Alarm Clocks.

Now you can do (almost) whatever you want to do. You’ve worked your whole life to get here.  Now it’s time to enjoy it.

Are you still working your way to retirement? If so, check out these 5 Easy Steps to Retirement.  Younger folks need to consider that This is NOT Your Parents Retirement.

For most retirees I suspect the goal is to stay retired. Here are 5 Easy Steps to Stay Retired:

For retirees maintaining an adequate cash reserve fund is critical. During your working years most commentators suggest maintaining a cash reserve fund of at least six months of living expenses.  Our observation is that most folks have nowhere near this amount in reserve.  While you were working, the objective of the cash reserve fund was to just get you over the hump.  Perhaps you lost your job.  While you may be entitled to collect unemployment benefits for a period of time this is likely not going to, ‘Feed the Bulldog.’  Your cash reserve fund was set up so as to fill in the gap until you got back on your feet.  These funds were set aside so as they could be accessed during an emergency.

At this station in life as a retiree you have been around long enough to know that ‘things come up.’ Generally these are things that you haven’t planned for. This could be your car breaking down, the furnace in your house dying or significant unexpected medical bills.  You don’t know what will come up.  You also don’t know when it will come up.  But, by now, hopefully you know that stuff comes up that, well, will require some money.

The reason to maintain an adequate cash reserve fund is so that when things do come up you won’t have to liquidate a portion of your portfolio to generate the cash to address this ‘surprise.’

While the Great Recession of 2008-2009 taught us many lessons the key lesson learned was:

For folks that retired during this time period it was rough. The S&P 500 lost approximately 50% of its value during this time. 1)  This tremendous market decline was staggering enough.  For recent retirees who needed to take distributions from their portfolio it was a double whammy. Regrettably many never recovered from this.

Keep in mind that your cash reserve can’t be invested in the traditional sense. You will need to access this fund someday, you just don’t know when.  You can’t take any risk with this fund.  These funds will need to be maintained in a checking account, savings account or a money market account.  I know, I know, thanks to Federal Reserve Board policy interest rates are zero.  Savers clearly don’t like this.  But look at the good news; this is better than some other central banks and foreign countries where they have NEGATIVE interest rates. The European Central Bank (“ECB”), Bank of Japan and the Swiss National Bank all have negative interest rates.  How does this work?  Investors need to pay the bank to hold their funds.  How will this work out in the future?  Who knows?  We are clearly in uncharted waters here.

On the other hand borrowers LOVE these lows rates! Buy a bigger house than you need because, ‘you can afford it.’ Get that brand new fire engine red Beemer because the payments are, ‘manageable.’ Take that extended European vacation this summer as, well, just put it on the credit card and deal with it later.  Most of us have seen this movie before.  It just doesn’t end well for some.  There is an often quoted statistic that consumer spending accounts for two thirds of the economy.  This isn’t too see, is it?  Low interest rates encourage more borrowing.  The policy also encourages investors to take risk.  But that’s a post for another day.  Most pre-retirees and retirees would be better off being able to say, “I’m Debt Free!!!”

2) Live Beneath Your Means

Sorry for not so gentle reminder about living beneath your means. How many times have you heard that in your lifetime?  Far more than you can recall I’m sure.  It’s like saying, “Pay Yourself First.”  Wow, what a great insight!

The reality is you do need to Live Beneath Yours Means.

This is not guideline.

This is not a suggestion.

This is a rule.

This is the real deal.

If you don’t do this, well, you’re going down the wrong path.

Hopefully it costs you less to live in retirement than it did when you were working. How much less will it cost?  Well, it’s a technical answer, ‘it depends.’  What does it depend on? A good portion of it depends on the financial habits you developed (or not) when you were younger and during your working career.  If you were putting away at least 10% of your earnings into your 401(k) plan, IRA or Roth IRA, this was a great start.  So if you’re retired and not working you should be able to live on less as you weren’t spending everything you were making.  Regrettably some folks are still spending more than they were making. But that’s another story.

Additionally, now that you aren’t working you won’t be paying social security taxes. As an employee your wages are subject to social security taxes.  In 2021 the first $142,800 of wages is subject to the social security tax of 7.65%.  Any wages earned over this amount are only subject to the Medicare tax of 1.45%.  So for a retiree who was making $100,000 and putting away 10% of their pay into their 401(k) plan or other retirement plans, they should only need no more than 82.35% (100% earnings -10% retirement savings – 7.65% Medicare taxes).  Its likely most retirees should need less than this amount.  If you’re earning less, you will owe less income tax.  A married couple making $100,000 even after some deductions is paying a marginal federal income tax bracket of 25%.  If this couple was in Connecticut, they would also a have a State of Connecticut Income Tax Bracket of 5%. This would mean they would have a combined marginal income tax bracket of 30%. For a retired couple if their taxable income is under $81,050 in 2021 their marginal tax bracket is 12%. Their Connecticut income tax bracket might be about 3%.  You can see a retiree’s tax bracket might drop from 30% to about 18%.  Also when folks retire they may decide to a state that doesn’t have an income tax. These states are Alaska, Florida, Nevada, South Dakoda, Texas, Washington and Wyoming.  Additionally, Tennessee and New Hampshire only tax dividends and investment income from investments.   Depending on a host of factors retirees may need to have 65% to 70% of their preretirement income.

While your expenses should go down in retirement don’t think however that they magically go away in retirement. They won’t. Some expenses will go down, but others will likely increase.  Perhaps you won’t be spending as much on your morning Starbucks coffee, grabbing a sandwich to go for lunch, and commuting and dry cleaning.  You will likely however be spending money on other things.  Travel, increased medical bills and spending money on grandchildren come to mind.

Now that you are retired you should have plenty of something you may not have had as much of when you were working. Time on your hands. Doesn’t this sound awesome?  Hopefully now you get to spend more time with your children and grandchildren.  Notice I said spend time with your children and grandchildren.  I didn’t say spend more money with family.  You will, likely, be tempted to spend, indulge and are I say spoil your grandchildren.  Be cautious here.  As was mentioned earlier, the goal after retiring is to stay retired.   No one is going to help you with this.  You are, ahem, on your own.

Is it easier to spend money on them? You bet.  Time will take some effort on your behalf.  Still want to spend money on your grandchildren?  You will.  Just do things in moderation.  Come up with a budget for the year.  Then cut this budget in half.  Take half of what you were going to spend on them and invest it for them for college.  The preferred tool for this is the 529 College Savings Plan. There is a host of reasons to do this.  Let’s start with the cost of higher education.  According to the Conference Board the average tuition, fees, room and board for a private nonprofit four-year school in 2015-2106 is $43,921, a 3.5% increase from the prior year.  While averages can be deceiving, it’s easy to see that higher education a huge investment.  Your grandchildren will need all of the help they can get.

I’m not advocating you need to become Ebenezer Scrooge. You should spend some money on them.  Spending time with them however should be a priority.   Money and assets, these can be passed on through your will and trust.  Your value system cannot.  Values are passed on by spending time with your children and grandchildren.  They get to hear (and see) how you act and what is important to you and why.

One of the larger expenses most folks have is their housing. It certainly isn’t cheap in central Connecticut or most parts of New England.  After your children have moved out do you really need that four bedroom colonial?  Not likely.  The sooner you can downsize the better off you will be.  Larger houses require higher property taxes, more insurance and utilities and naturally, more up keep.

Opinions expressed in the attached article are those of the author and are not necessarily those of Raymond James.  All opinions are as of this date and are subject to change without notice. The information contained herein is based on current tax laws which may change in the future. You should discuss any tax or legal matters with the appropriate professional.  Any information is not a complete summary or statement of all available data necessary for making an investment decision and does not constitute a recommendation. This article includes hypothetical examples for illustration purpose only and does not represent an actual investment.  Actual investor results will vary. Past performance is not a guarantee of future results.