Posted in Financial Planning on January 29, 2020 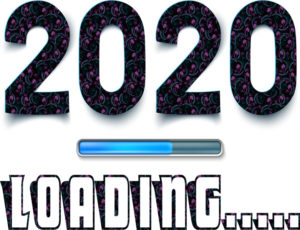 Happy belated New Year. I hope that News Year’s Day was not too rough for you. The firework display at Bushnell Park in Hartford, CT were awesome!

The last Roaring Twenties was, well, the 1920’s; a mere century ago.  The times were, naturally, different.  Several years before, we wrapped up The Great War, also known as World War I or the First World War.  Regrettably, there was another World War, World War II, not to many years after this. In between these wars was the Roaring Twenties.

The economic edge went primary to the United States and Europe.  The major cities in these countries flourished.  Domestically we are seeing this repeat with the millennials flocking to the big cities.  Technology, which will be a recurring theme, brought cars, movies, radio, telephones and home appliances to many.

Why will we have The Roaring Twenties 2.0? Technology, interest rates and the employment outlook are three strong reasons to say yes.

Exhibit A is technology.  Sorry for the blinding glimpse of the obvious.  Technology has been on a roll since, well, it seems like forever.   And, it continues, 5G, Internet of Things (IoT), Artificial Intelligence, Machine Learning and Robots are just some of the recent examples. It’s definitely not clear to me that all of this ‘progress’ is good for us but we’ll see.  As of December 31, 2019 the information technology sector was 23.2% of the S& P 500 Index. (1) Technology will only accelerate in the future.  The valuations will ebb and flow, which means prices go up and down.  However, the disruption of industries will continue, even in some spaces where it should not.  Here are 5 Examples of Disruption Being Very Expensive.

Next on deck are low interest rates.  During The Great Recession of 2007-2009 (which was very poorly labeled) the government cut interest rates to almost zero.  Then they artificially manufactured a way to keep them there for almost a decade.  The policy was clear.  The message was for investors to take risk.  Many investors took the risk in the stock market and real estate.  Many have been handsomely rewarded.  The collateral damage was to investors that saved and invested in CD’s for income.  This was in essence a tax on savers, many of whom were pre-retirees or retirees.

The final reason is the employment situation.  The unemployment rate, which was 3.5% in December 2019, has not been this low in 50 years.  (2) That is quite a long time.  If you want a job, there is one available for you.  OK, it might not be at pay scale or hours you want and the commute might be a bit much.  And, yes, the boss might be a jerk. Sorry about all that.  But if you want to work, there is a job out there for you.

What can prevent the Twenties from not Roaring Again?

Regrettably, the laundry list of what can go wrong is very long.  Isn’t it always? Let us just focus on The Big Three:

The first issue of course is trade.  Or, perhaps the lack of trade going forward.  The world had become much more global for many years.  What may have symbolized global trade the best was when President Reagan told Mikhail Gorbachev to “Tear down this wall.”  This was, of course, the Berlin Wall.

As Bob Dylan sang, “The times they are a- changin’.  Amen. Rising tariffs, intellectual property theft and counterfeiting top the list of global trade issues. Negotiations with China over trade have been going slowly.  Brexit, Britain attempting to leave the European Union appears that it will finally become a reality.  None of these developments (or non-developments) is good for trade.

A recession is defined as a period of temporary economic decline where the GDP falls for two consecutive quarters.  You can’t walk out of your office without someone mention the next recession.  It’s the same at the gas station, super market and the local gin mill.  “Will we have another recession?”

YES, we will have another recession.

“When will this be?”

For some perspective on this, Peter Lynch, the former Manager of the Fidelity Magellan Fund said, “Far more money has been lost by investors trying to anticipate corrections than lost in corrections themselves.”  (3)

Market corrections are not fun.  They are, regrettably part of the process.  The last market decline, The Great Recession mentioned above was ugly.  The S&P 500 Index lost 57% from the October 2007 peak to its trough in March 2009.  The NASDAQ declined by 55%. (4) These are big declines in anyone’s book.

Confidence is a tricky one.  When folks are working and getting their paycheck direct deposited, life is good.  Sing along.  It’s when the worm slowly begins to turn when issues arise.  The narrative has been (mostly) positive coming out of the Great Recession.  Keep in mind that was over a decade ago. This is now the longest U.S. economic expansion in history. Sorry for another blinding glimpse of the obvious but things tend to run in cycles. The good news (?) is that the growth during this recovery has significantly less than prior recoveries. This suggests   perhaps having a longer runway for this recovery.

There will be a recession.  There always is.  Plan accordingly. There were a ton of lessons learned from The Great Recession.  Perhaps the most important lesson is that the sequence of returns really matters.  Retirees withdrawing from their portfolio when the market is down significantly can really mess up their retirement plan.  Pre-retirees and retirees should put 24-36 months of living expenses in the bank (CD’s, money market) to ride out the storm and not be forced to liquate positions during a big market selloff.

Strap yourself in and enjoy the ride!