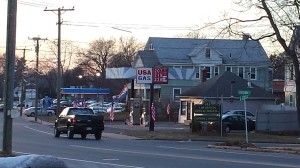 The price of a barrel of oil has dropped from over $100 to under $50 since June 2014. This decline can be measured by looking at the Brent Oil which is the international index or West Texas Intermediate (“WTI”) which is the U.S. index. Why was there this sharp decline? Like all commodities it is about supply and demand. When the supply is up and the demand is down prices decline.

Gas prices have declined to about $2.30 per gallon in Connecticut in January 2015. This is a reflection of the drop in the oil prices mentioned above.

Consumers are getting a nice break at the gas pump. It is estimated by AAA that the average American family will be saving $550 a year on gas. Nationally this is expected to save consumers $75 billion. Most commentators believe this will allow consumers to make other purchases. Dinner and movie, perhaps a new set of golf clubs or a new 60” flat screen TV might be in store.

What is not so obvious is the cost of cheap gas. Apache (APA), Halliburton (HAL) and BP (BP) have already announced layoffs. I suspect there will be more to come. How many projects will be stopped due to the decline in oil prices? Who knows. Capital spending budgets will surely be getting cut.

Finally our ‘leaders’ in Congress are talking about raising the federal gas tax which is currently 18.4 cents per gallon and has not been raised since 1993.

Any opinions are those of Thomas Scanlon and not neccessarily those of RJFS or Raymond James.